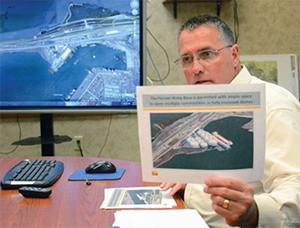 The Community Impact Board (CIB) set aside $53 million to help fund a railroad to transport hot, waxy crude from the Uinta Basin to refineries. It was decided that the $3 billion railroad was infeasible and the plan was scraped. Now the Board will use these funds to build a $275 million coal terminal at the deep water port at Oakland California for the international coal market.

The core mission of the CIB: "... is to mitigate socio-economic impacts resulting from natural resource development on federal lands." The intent of CIB funds are about helping rural communities improve their quality of life, and not about helping the bottom line of corporatations that turn profits from the burning of dirty fossil fuels.

WRITE AN eMail to the CIB board members (cut and paste):